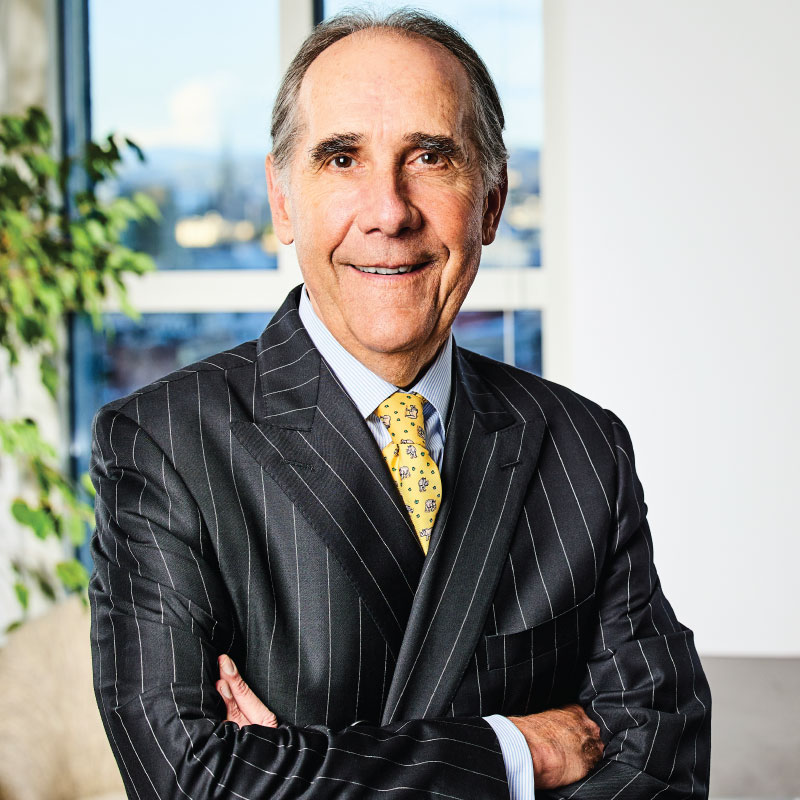 Federal District Court for the State of California, Northern, Eastern and Central Districts

A founding shareholder of Murphy Pearson, James practices from the firm’s San Francisco and Los Angeles offices. A sought-after veteran attorney, he has tried in excess of 75 jury trials to verdict and is a Certified Specialist in legal malpractice by the State Bar of California, Board of Legal Specialization. He is the past Chair of the State Bar of California Board of Specialization Legal Malpractice Consulting Group.

With deep experience representing lawyers and others in professional liability matters, James represents lawyers sued for malpractice nationwide. His practice also extends to the representation of judges in disciplinary proceedings before the California Commission on Judicial Performance.

Representing business clients in a variety of disputes, James has litigated and tried cases involving a wide range of subject matters, including regarding software licenses, copyright and patent issues, and unfair competition.

James has extensive experience representing clients in  jurisdictions throughout the United States:

James is frequently quoted as an authority on issues related to professional liability, ethics and malpractice, including in the following recent articles:

JD, University of California, Davis, Order of the Coif